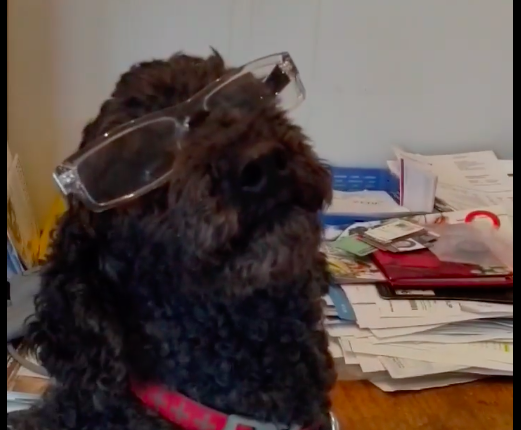 Dolly Parton stunned the audiences last night at the Grammys with some incredible performances while accepting the 2019 “Person of the Year” award, but that was far from the most exciting Dolly Parton performance that could have been witnessed last night. No, I believe that honor would have to go to this video of a dog edited to Dolly Parton’s “9 to 5”. I mean, how could it not, the dog acts out the whole damn video, right down to the piano opening! Look, far be it from me to just describe a video in great detail and now let you witness the unholy beauty of a dog acting out a Dolly Parton song, so check out the video of the canine (canine to five) doing its damn thing in a man’s world, and not letting anyone keep them back, below!

Oh heck yeah! Get it dog girl! Get it! The video was originally uploaded by twin sisters Emily and Ellen Lowery onto the Tik Tok they made for their beloved mini dachshund Phoebe after seeing that the song was popular again because of the Netflix movie Dumplin’. Now, would I love to see a remake of Dumplin’ starring Phoebe the dog where she enters a dog beauty show to try to impress her skinny dog mom and, with the help of a few drag queens, discovers what exactly it is that makes her beautiful? Yes, of course I would. But for now I will sell for this masterpiece of artistry. For what is like except being a dog and having to work a job even though you would much, much rather run around and bite mailmen on the butt.

What do you think of the 9 to 5 video? Let us know in the comments or on Twitter at @WhatsTrending, and check out our breathless coverage of a video of a tortoise chasing a ball like a dog below.

Everyone Horrified By New Will Smith Genie

Face masks are the newest Fashion Staple, here’s where you can get Yours

SCAMMERS Use Jeffree Star and David Dobrik to Get Money Online

John Krasinski ‘Sells Out’ to CBS

“Psychic” Tiktok Star CLAIMS to Know when the…

Guy Fieri Joins Animal Crossing with FLAVORTOWN and Fans are…

ASMR YouTuber Eats LIVE OCTOPUS and Viewers Are Not Happy!